The Geography of the Revoke Article 50 petition

The ‘Revoke article 50 and remain in the EU petition’ is the most popular petition ever, which aims to stop the brexit process. The rules are that after 10,000 signatures, petitions get a response from the government, after 100,000 signatures, petitions are considered for debate in Parliament and after 17.4 million, we stop Brexit (Andrea Leadsom, 2019). As of writing this (25/03/19 17:00 GMT), the petition has amassed over 5 million signatures. As a geographer, I wondered whether there were some places that were signing (read that as sighing on a proofread… probably accurate) a lot more than others and whether that was expected, given how their constituency voted in the referendum.

Luckily, the required data at the constituency level is publically available for: the number of signatures of the ‘Revoke article 50’ petition, boundaries of the constituencies with the data on the 2015 electorate and the % voting to leave in the referendum. After merging these data together I first calculated the percentage of electorate who signed the petition. I then built a regression model using the electorate petition percentage as the dependent variable and the Brexit leave estimate as the independent variable. 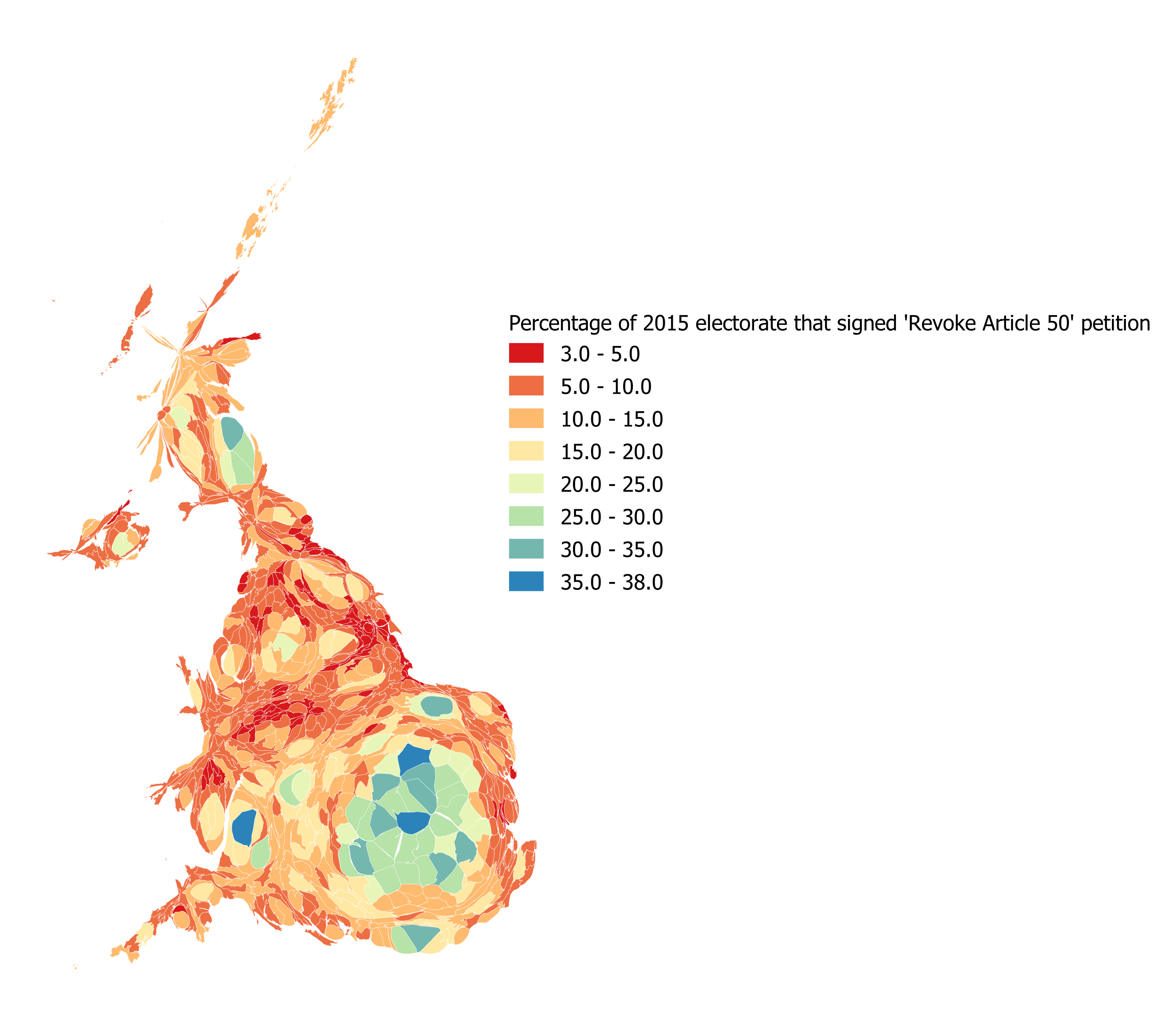 Where have people been signing the petition? 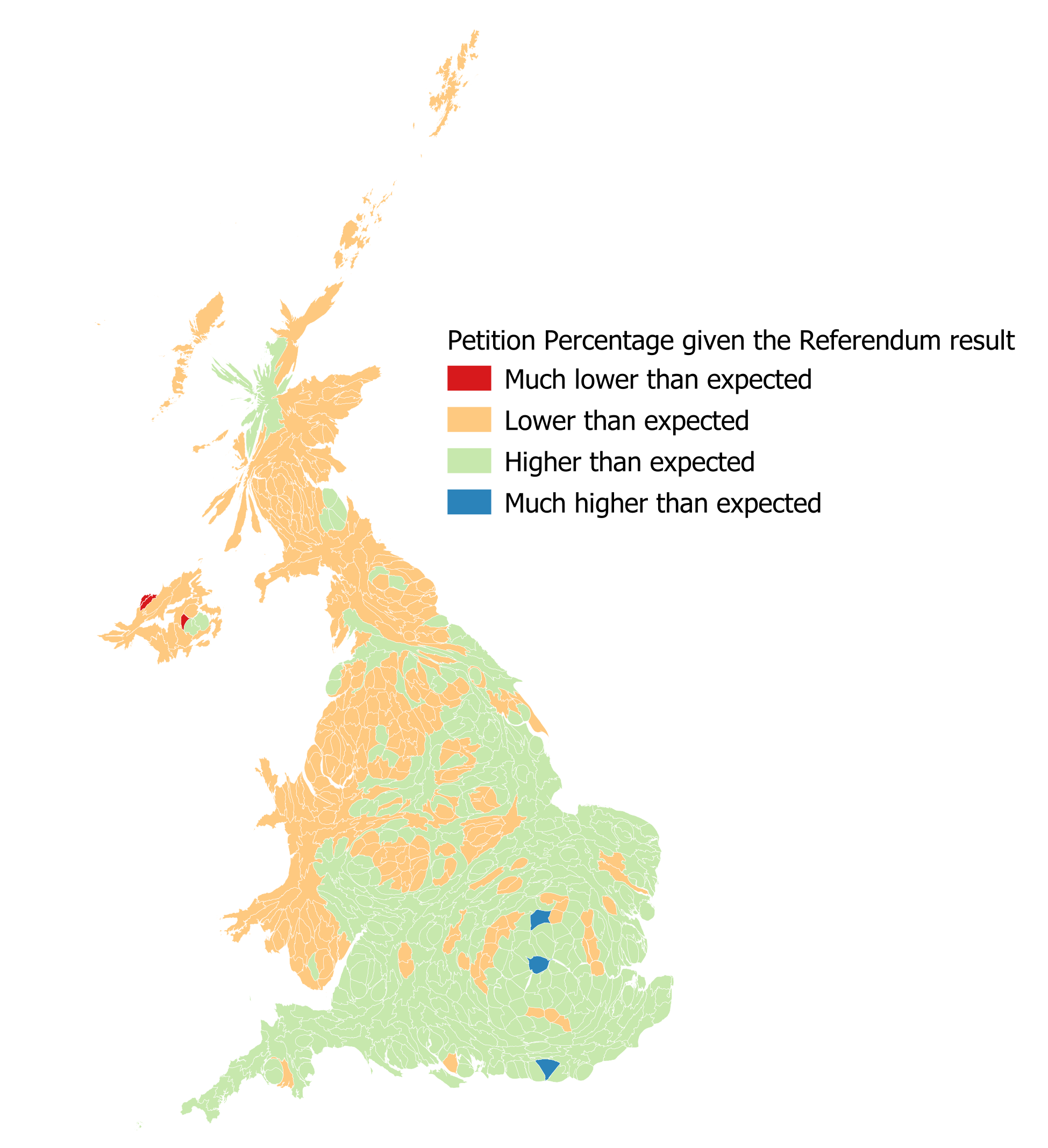 Where has the petition had higher signatures than expected?

Sign up, especially if you are in Northern England, Wales, Scotland and Northern Ireland and we might hit 17.4 million ☺